i've never really been interested in biology, but this one is special. Tardigrades is the most Satisfying animal to learn because they are. . very. . special.

Tardigrades appearance is a bulky worm, with predator face, and 8 arms. but despite that they are very friendly and not dangerous at all. with 1mm size they are very slow and only eat algae. 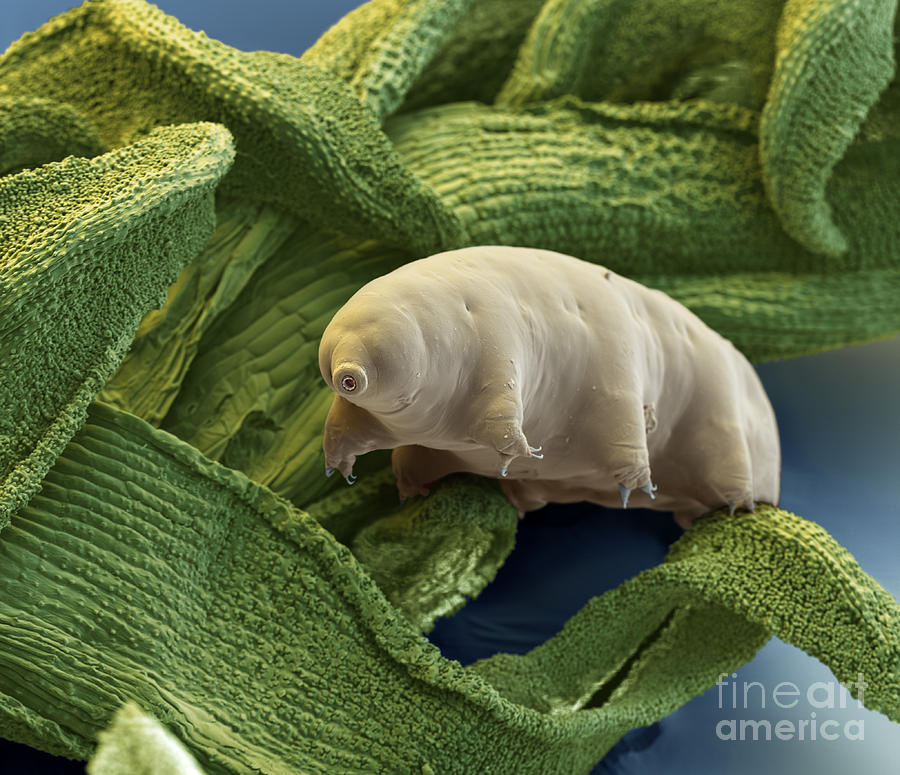 even this Seabear have cute appearances, so far they are the best survival organism on these planet, they could survive radiation, outer space pressure, boiling water, extreme cold water(-287 c). the secret of their survival is their ability to enter a state called Tun stated where basically they are just die, or dry out. then when the enviroment is friendly again they will return to their normal states.

imagine is human is like that, when the environment or even if they are feel like they were treated they will just die and comeback when they were feel at ease or they think the environment is okay. with these ability we could life a happy life. with these there will not be any suicide, people suicide  mostly because of other people, but with these abilty they will just enter Tun state and the will reappear when the condition is okay around them.